EFT Tapping for fears and phobia’s

Do you experience fears and phobia’s of some kind?

I use EFT Tapping for fears and phobia’s during my sessions and teach others how to use it on themselves or with others, because I feel it needs sharing into our families, communities and the world. Imagine more and more people having access to this magical and tool for rapid change…..?

Below are just some of the phobia’s that have emerged during sessions and workshops that I am happy to say have been either totally or partially resolved.Sometimes there is more EFT to do when someone has a significant phobia or fear as we need to go out into the real world to test the results ie like actually getting on that plane or into a lift!

All of these fears and phobia’s can greatly impact how you live your life and how you interact with others. There is often a deeper unresolved issue/trauma that relates to the body and minds response to such triggers, an incident or negative experience of some kind. It’s a win win with tapping as we not only release the fear response around the trigger but we can shift many other limitations that are linked with this like the limiting beliefs that become reinforced when one has a fear or phobia. 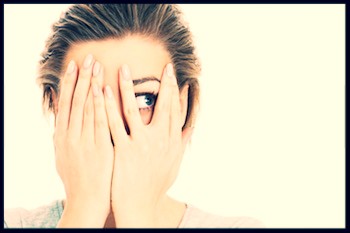 For example: Fear of public speaking can be traced back to a childhood trauma of speaking out in the class and getting ridiculed by pears and maybe even the teacher. This can then lead to a significant fear and belief of “Not being worthy or good enough” each time one is “Seen” in front of others especially when standing out for the continuing fear and dread of being ridiculed again (just like last time).

The body can continue to hold on to this memory and becomes triggered believing this will occur again. Here is another common one, a fear of loud noises would make one feel very on edge or anxious and a belief that “The worlds not safe” or the fear of being in enclosed spaces could result in not enjoying life to the fullest and avoiding travel, being with groups of people and on public transport etc, reinforcing beliefs such as:

The good news is, all of these challenges can be transformed and released allowing one to move on and feel at peace with the phobia or fear.

Watch this video testimonial from the lovely Kimberly Gardiner from The Nourishes Soul.

Fears and phobia’s are just some of the issues we address during the EFT workshops.
I’d love to share with you all I know and teach you how to bring it into your own lives.

These workshops are very unique as not only are you learning an amazing tool but you have great opportunities to heal some of your own issues during the course. My accredited EFT workshops are designed for both personal use and the pathway to becoming a practitioner.

Here is what one of my students had to say about the workshop.

“Alison’s teaching style is supportive and thoughtful an she provides a relaxed environment which makes it easy to learn. The pace is comfortable. I came into this workshop not feeling very comfortable with my EFT skills and I leave excited with the confidence and knowledge to take this forward in my life and career.”

If you are experiencing a fear or phobia or just wish to release a negative pattern you can also choose to work with me privately.

Fear of global warming/climate change. How can I help save the planet using EFT Tapping

A healing journey of love, gratitude and compassion

HappiSoul is about assisting you to experience peace, contentment, compassion, joy and ease, all of which are your natural state of being. I can help you to release any blocks within your body, mind or soul to reveal that beautiful place within you.